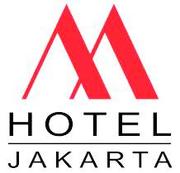 Located in the Blok M area, this year will see the implementation of the 10th Ennichisai and will be celebrated as the 10th anniversary of the Blok M area transportation, with many Japanese restaurants and shopping areas that are suitable to be tourist destinations in Jakarta. Supported by the Japanese embassy and the local government of South Jakarta, Ennichisai is an eagerly awaited event every year in Indonesia.

This year, Ennichisai will have the theme of “Danketsu”, meaning “Unity”. This theme is chosen because Ennichisai is an event that unites various communities and doesn’t want to discriminate against anyone who attends Enchissai, everyone can unite to enjoy the excitement, such as the unity of Indonesia that is established because it will welcome the government after the election.

This friendship began with the change of emperor in Japan, namely the emergence of an era called Reiwa (Harmoni Indah), which means “peace and harmony”, which Ennichisai hoped would unite the spirit of unity between Indonesia and Japanese, and bring harmony in a new era of change for the sake of peace and friendship.

For a great culinary experience, this year Ennichisai will be followed by a food booth, including such dishes as takoyaki, okonomiyaki, ikayaki, ramen, sushi, ringo ame, and many more. There are also various kinds of knick knacks such as nekomimi, anime, uchiwa, etc., then there are product promos like automotive stalls, beverages, stationery, and much more to discover on the day.

The street performance of Ennichisai is going to be lively, with the attendance of the annual parade of Omikoshi and Dashi. Then, the typical Kochi Yosakoi and Oiran Douchu are going to be displayed. The Yosakoi dance resumes the Yosakoi contest. There will also be joy to be seen from Cheerleader Children and Okinawa Eisa. No doubt you will see the beauty of the costumes and a surprise appearance of the street players at the end of the 2019 Ennichisai event.

This privacy policy sets out how we use and protects any information that you give us when you use this website.
We are committed to ensuring that your privacy is protected. Should we ask you to provide certain information by which you can be identified when using this website, then you can be assured that it will only be used in accordance with this privacy statement.
We may change this policy from time to time by updating this page. You should check this page from time to time to ensure that you are happy with any changes.

We may collect the following information:
name and job title
contact information including email address
demographic information such as postcode, preferences and interests

What we do with the information we gather

We require this information to understand your needs and provide you with a better service, and for the following reasons:
Internal record keeping.
We may use the information to improve our products and services.
We may periodically send promotional email about new products, special offers or other information which we think you may find interesting using the email address which you have provided,

to do this you need to opt in for this service.

We may contact you by email, phone, or mail.
We may use the information to customise the website according to your interests.

We are committed to ensuring that your information is secure.To prevent unauthorised access or disclosure we have put in place suitable physical, electronic and managerial procedures to safeguard and secure the information we collect online.

A cookie is an element of data that a website can send to your browser, which may then store it on your system. We use cookies in some of our pages to store your preferences and record session information. The information that we collect is then used to ensure a more personalized service level for our users. Please be assured though that your credit card number will not be saved for security reasons. You must type the credit card number each time you make a purchase.
You can adjust settings on your browser so that you will be notified when you receive a cookie. Please refer to your browser documentation to check if cookies have been enabled on your computer or to request not to receive cookies. As cookies allow you to take advantage of some of the Website's essential features, we recommend that you accept cookies. For instance, if you block or otherwise reject our cookies, you will not be able to book flights or use any products or services on the Website that require you to log-in.
This information is treated confidentially and will not be shared with anyone outside of the Company unless otherwise stated in this Privacy Policy. We will only use this information to make informed decisions regarding the purchase of online advertising.

Links to other websites

Our website may contain links to enable you to visit other websites of interest easily. However, once you have used these links to leave our site, you should note that we do not have any control over that other website. Therefore, we cannot be responsible for the protection and privacy of any information which you provide whilst visiting such sites and such sites are not governed by this privacy statement. You should exercise caution and look at the privacy statement applicable to the website in question.